A Wonder Trail!
Let’s run through a beautiful nature island Kasadojima in the Seto Inland Sea!

Kasado island has a coast with various changes called “七浦七岬”. There is a maintained hiking course, Mt. Ooo, Mt. Ooo whose altitude is over 200m and a boardwalk on the sea.
Contrary, there is a dockyard and a dinasour mouth in the course which keeps runners from getting bored. Enjoy 32km(total altitude 1660m) course in Kasado. 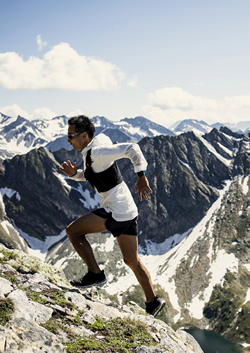 Shunsuke Okunomiya had a cardiac operation when he was 25. In the same year, he got 3rd place on Japan Mountain Endurance Race Hasegawa Tsuneo Cup*. He has been into trail running since then.
7th place on the HongKong100 in 2014 6th place on the Eiger Ultra Trail in 2014 Finally, he won Hasetsune Cup* in 2015 He founded “Funtrails” in 2015 and organize “FunTrails100K Round Chichibu＆Okumusashi”.
10th place on the Grand Raid Réunion in 2017 1st place on the Shinetsu Five Mountain Trail race 100 mile in 2018

Kimino Miyazaki, born in Shimonoseki, Yamaguchi, in1988 started running when she was a 1st grade student, ran in national Ekiden competition when she was in senior high school.
She got interested in studying about kinesiology of climbing mountains while she was at NIFS in Kagoshima.
Now, she works as a hypoxic trainer under Mr. Yuichiro Miura who is the oldest person to reach the summit of Mount Everest.
She also joins races all over the world sponsored by The North face.
Won in STY, ran in Trail World Championship in Portugal.

Megumi Tsuneta is a sponsored runner with the outdoor shop “Sotoaso”, lives in Kyoto city. She has had events and workshops for women to give some ideas and technical advices, most importantly to enjoy the trail running.
As an athlete, she joins super long distance races in Europe.
Ran PTL and Tor des Géants in 2019

Kudamatsu is the city of the falling star

Origin
There is a legend in Kudamatsu that stars fell on a pine tree and continued twinkling for seven days.

The most comfortable city to Live

In the comfortable places to live ranking, Kudamatsu city ranked 22nd among 812 municipalities in Japan.
The population of Kudamatsu is increasing each year. Some of the reasons include sufficient commercial facilities and the great convenience that only a compact city like Kudamatsu can provide. The city also provides easy access to surrounding cities, making it a convenient place to live and work.

Throughout the year, Kudamatsu’s beautiful seasonal scenery unfolds, including cherry blossoms, rice terraces, sunsets, and tinted autumn leaves, which only Japan can offer.

On Kasado Island on the Seto Inland Sea, visitors can enjoy the beautiful Kasado Ohashi Bridge, which has significantly contributed to the development of the city, local specialties, and nice beaches.

Kudamatsu city, developing as an industrial city since Tisho era.
Kudamatsu has always been an active monodzukuri city. The city’s manufacturing technologies are world class. 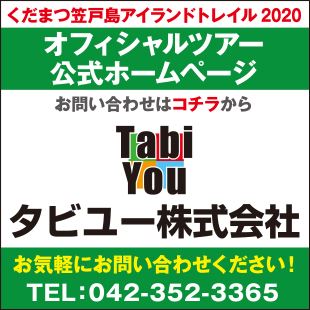